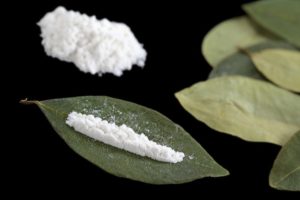 Cocaine cases in North Carolina can be punished in either state or federal courts, and through a variety of laws.  In state court, cocaine is punished always as a felony – possession, possession with intent to sell, manufacture, and deliver, or sale and delivery of cocaine and, in cases involving 28 grams or more of cocaine as trafficking by possession, transportation, or delivery involving mandatory minimum sentences that can range from 35 to 175 months in prison.

The same criminal acts can also be prosecuted in federal court, either as possession with the intent to distribute, distribution, or conspiracy cases involving punishments that range between 0 and 20 years, 5 and 40 years, or 10 to life, depending on the quantities.

While state cocaine cases can sometimes be resolved through deferred prosecution agreements, federal cocaine cases – colloquially called “drug trafficking” – are almost never subject to deferred prosecution agreements, and almost always result in at least some prison time, unless won at trial.  Federal cocaine cases that result in conviction are sentenced according to the United States Sentencing Guidelines, regulations drafted by the United States Sentencing Commission and considered advisory by judges.  Judges take these guidelines seriously, using them as the starting point to determine the ultimate sentence.

In the federal system, any drug trafficking offense – including cocaine cases – where guns are possessed in furtherance of the drug trafficking offense can result in additional charges called 18 U.S.C. Sec. 924(c) charges that require the sentencing judge to impose at least a 5 year term of incarceration in addition to the sentence imposed for the underlying drug offense.  This consecutive sentence also means that the person is ineligible for certain other reductions, including RDAP drug treatment reductions.