North Carolina is slow to change. So that means that we’ll probably be one of the last states to legalize medical marijuana or decriminalize marijuana all together. While I think that it, and many other drugs, should be legal, the reality is that currently, marijuana in any form, even if prescribed by a physician in another state, is not legal.

As such, it’s important to understand the potential penalties for marijuana offenses in North Carolina.

Marijuana is a Schedule IV substance under N.C.G.S. § 90-94, the North Carolina Controlled Substances Act. North Carolina categorizes marijuana crimes not based on the intended use of the drug, but rather the weight that is found. Therefore, charges range from possession for personal use, to possession with intent to distribute, then to sale or delivery, with additional categories for cultivation, paraphernalia, and charges dealing with hash and concentrates. The names of the various charges include Simple Possession, Possession, Possession with Intent to Sell, Manufacture, or Distribute, Sell, Deliver, and Trafficking. Those are listed in order of severity from least severe to most. 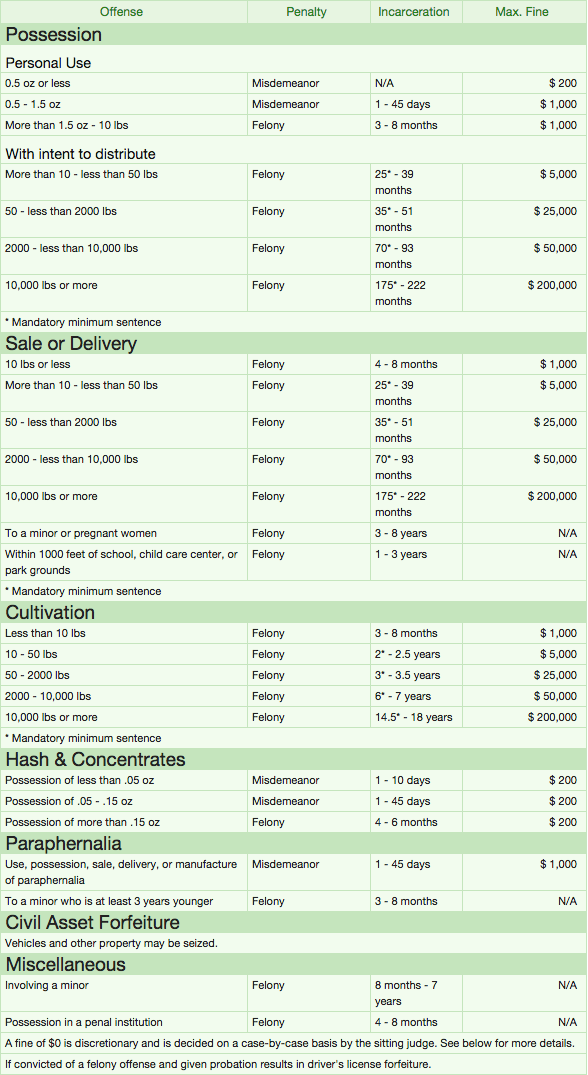 The only exception to the marijuana laws in NC is a recent exception allowing for the use of cannabis extracts that are high in CBD and low in THC to treat sever, debilitating epileptic conditions. It’s a start, and hopefully will expand to include other medical conditions, and eventually recreational use.