Can I win a federal drug trafficking case? 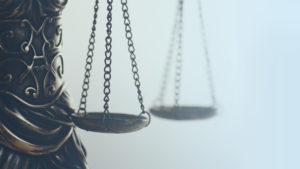 The United States Attorney for the Middle District of North Carolina announced nearly two dozen arrests in a federal drug trafficking ring at UNC, Duke, and Appalachian State this month in conduct he is calling “astonishing.”  The arrests triggered initial appearances in federal court in Greensboro this month, and additional arrests may follow as prosecutors and law enforcement allege that the trafficking was done by “hardened drug dealers.”

Authorities have claimed that some of the defendants are students or former students at each of the three universities and that the conduct occurred in the at least the Eastern District of North Carolina (including Raleigh) and the Western District of North Carolina (including Charlotte).  The initial indictment alleges conduct that, if proven at trial, would result – absent other kinds of relief – a 10 year mandatory minimum (up to life) in the federal Bureau of Prisons.

It’s important to recognize that at this point the indictment, complaint, and press conference statements by the United States Attorney and law enforcement are simply accusations: nothing has been proved yet, and there is a long way to go before this case is resolved in court.  The case will stretch into at least late 2021, if not later for people who decide to go to trial.

Each of the defendants, if they have not already been arrested, will be detained and taken before a United States Magistrate Judge in the Middle District.  The Initial Appearance is the time for the prosecutor to inform a defendant of the charges he or she faces, and the potential penalties.  Given the quantities of drugs discussed at the press conference held this week, the defendants, in this case, are likely to face 10 years to life in prison, along with substantial possible fines, forfeiture of drugs and proceeds, and other collateral consequences.

The magistrate judge will next inform the defendant of various rights: the right to remain silent, the right to counsel at every important stage in the proceeding, the right to a jury trial.  In the Middle District, a defendant is often arraigned at the initial appearance, and almost always enter a plea of “Not Guilty.”  For defendants who have not yet had the chance to hire a lawyer, a representative “attorney of the day” or “duty attorney” from the Office of the Federal Public Defender is present to provide some general guidance about how to respond to the court’s queries.

The final step in the Initial Appearance is a determination of release status.  The Government has the power to require a defendant to remain in custody, and in any case involving a drug trafficking crime – such as those alleged here – where the possible punishment is 10 years or greater, the Government enjoys a “rebuttable presumption” that the defendant should be detained.  (See 18 U.S.C. Sec. 3142(f)(1)(C))

If a defendant is detained, the Magistrate Judge will schedule a detention hearing to be held usually within a week of the initial appearance, unless a delay is sought by the defendant to prepare.

A detention hearing is an opportunity for the defendant, through his or her attorney, to argue that he or she should be released pending resolution of the case.  Release is almost always preferable because it affords the client an opportunity to work with his lawyer to assist in the defense, home is much more preferable than a local jail where federal detainees are kept, and, to the extent that the client may plead guilty, the ability to establish to the court that the client is now leading a law-abiding life.

In cases where a rebuttable presumption exists, the defendant can often rebut that presumption by offering a “third-party custodian” (a friend, spouse, or parent) who promises to ensure that the defendant abides by the court’s conditions, and reports to court as required on future court dates.

If released, the defendant will often be appointed a probation officer who can check in periodically.  Other conditions may apply, including electronic monitoring, substance abuse treatment requirements, and the requirement that the client remain employed or in school.

If detained, the person will be held in the custody of the United States Marshal Service in one of the local jails in North Carolina or Virginia where the federal government rents space for its federal detainees.

An Arraignment in Federal Cases

While a person is often arraigned at an Initial Appearance in the Middle District, and almost always pleads “Not Guilty,” in cases where the defendant decides to plead guilty, a Change of Arraignment Hearing will be held at which the defendant will move to change his or her entry of arraignment and now plead guilty, either pursuant to a plea agreement (if one has been negotiated) or to the indictment.

In cases where the client maintains his or her innocence or believes that a guilty plea is not in his or her best interests, the case will proceed to trial.  The Speedy Trial Act requires the case to come to trial – excluding certain delays – within 75 days of arraignment.  A federal trial, therefore, may happen in the cases charged this month by March, although in nearly all federal cases, the defendant’s lawyer will seek a continuance in order to review discovery and prepare, especially if the evidence collected by the Government is particularly voluminous.

A federal trial is almost always a jury trial – although the defendant can request a bench (judge) trial – with 12 jurors selected from the Middle District of North Carolina.  Any defendant going to trial in a case involving mandatory minimum drug trafficking counts faces the risk of being found guilty in which case the judge would be precluded from sentencing the person to a prison sentence below the mandatory minimum.

As a result, the decision to go to trial should be carefully considered.

The trial itself would be preceded by various motions in limine that do not deal with suppression issues, and would begin with jury selection, opening statements, presentation of evidence by the Government (with cross-examination by the defense lawyer), presentation of defense evidence (including possible testimony by the defendant if he or she chooses), and closing statements by the lawyers.  The jury would then be instructed on the law by the presiding judge, and would retire to deliberate.  If a verdict is reached, the clerk or court announces the verdict; if jurors are unable to unanimously decide the case, the case would end in a mistrial, the Government could choose to retry the case.

If the defendant is found not guilty, the case ends.

If the defendant is found guilty, the case then proceeds to sentencing.

Particularly in drug conspiracies, where federal law imposes incredibly harsh penalties, suspects often start cooperating and providing information at a very early stage.  As a consequence, most federal drug trafficking cases include not just wiretaps, bank transaction information, GPS data, video of drug transactions, but also debriefs of co-conspirators who, out of an instinct for self-preservation, tell what they know.

It is always better to have an attorney present during any interview.  The most important thing a defendant can do in a federal case is remain silent until he or she has an attorney in place.  Information revealed by the defendant in response to questioning by agents is often “unprotected” and can be used against the defendant to enhance his or her responsibility.

Where a client has no significant prior criminal history, did not possess a firearm in the conspiracy, and is not a leader or manager of the conspiracy, the client may be eligible for a 18 U.S.C. Sec. 3553(f) “Safety Valve” reduction which allows the person to be sentenced under the mandatory minimum.

Where a client – with an attorney’s assistance – provides useful information to the prosecutors or law enforcement, the prosecutors may decide to file a 5K1.1 substantial assistance motion that permits the sentencing judge to depart below the guidelines and the mandatory minimum in sentencing a defendant.

Federal drug trafficking cases are harsh.  Probation is not available where a defendant pleads guilty to a “knowingly, intentionally, and unlawfully distribute 500 grams or more of a mixture and substance containing a detectable amount of cocaine hydrochloride, a Schedule II controlled substance within the meaning of Title 2°I, United States Code, Section 812, in violation of Title 21, United States Code, Section 841(a)(l).”