What is An Assault on a Female Charge in North Carolina? 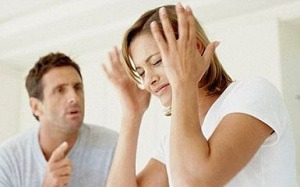 But what exactly is an Assault on a Female? Many people think an assault is when someone lays hands on or strikes another person, but this is not actually the only scenario in which someone can be charged with an assault. A large number of our clients have gotten into a heated argument with their spouse and have called the police to help mediate the discussion. The policy of law enforcement in Wake County is that if the police are called, someone must be charged, even if there was no laying of the hands or any physical contact. What makes this charge unique is that if a female assaults a male, she is usually charged with misdemeanor simple assault unless there are serious injuries. But if a male assaults a female, he is charged with a higher level crime. This is because North Carolina has taken the position that violence against women is much more serious than other types of violent crime. A charge like this is detrimental in several ways:

Let’s take a deeper look at each of these things. Once someone is charged, only the district attorney has the ability to drop the charges. So even if the “victim” wants the charges dropped, she does not get to make that decision. Even if the victim tells the DA she does not want to pursue charges, the DA is unlikely to drop them. This means that the defendant will need to work through the court system to resolve the case either by deferral program, plea agreement, or trial. Any of these options will take many months and unfortunately, will cost money. A deferral program will have costs associated with any recommended treatment or community service requirements. If found guilty, the defendant will be responsible for court costs and fines. If the accused hires an attorney, there is the cost for the legal fee.

As soon as a charge is pressed, a pending charge will appear on a background check. This can cause issues in terms of employment, school, and financial aid. In North Carolina, any crimes with an element of assault or non-expungeable unless the charges are fully dismissed or the accused is found not guilty in a trial. Officially, even if the charge is dismissed as part of a deferral program, the charge cannot be expunged. However, there are circumstances in which a Raleigh assault lawyer will be able to negotiate with the DA in advance to allow for an expungement at the conclusion of a deferral agreement.

Because the consequences are so high, it’s important to be informed, know your rights, and get the best criminal attorney possible to fight your case.