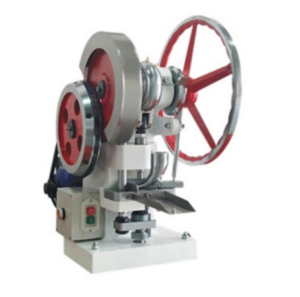 Cryptocurrency has long been advertised as a method by which people can avoid government snooping while carrying on secure transactions. People engaged in either vaguely criminal or outright criminal conduct have gravitated to the Dark Web – through software like the Tor Browser – 3D printing (to create firearms that supposedly cannot be tracked) and cryptocurrency to get paid or pay for the illicit or semi-illicit conduct.

Cases involving the illegal distribution of drugs using pill presses such as the one pictured here have proliferated and many of these cases involve payment in cryptocurrency.

At least when it comes to cryptocurrency – such as Bitcoin or Ethereum – the promise that big government could not snoop in on transactions has turned out to be nonsense. In fact, cryptocurrencies, which rely on permissionless public ledgers, are the least secure of any currency in the world in terms of keeping prying eyes out of one’s business.

The FBI has long had the capability of tracking Bitcoin transactions by simply following the public ledger. Now the FBI has announced the creation of a cryptocurrency enforcement team.

And the announcement that earlier this month the Government arrested two people accused of stealing billions of dollars worth of Bitcoin in 2016 further proves the point that cryptocurrency is laughably easy to trace and track.

It turns out that cold hard cash is still one of the most secure and untraceable methods of being paid. No ledger needs to be kept when cash changes hands, cash can be securely locked away in safes or vaults, and when cash is transferred to a new owner, the new owner can’t necessarily determine who had the cash before. While cash can’t itself be as easily electronically transferred, the use of wires (among other technologies) have been around for more than a century to send cash around the world.

And, before wires, banking systems had developed over thousands of years to facilitate the movement of money around the world.

Cryptocurrency has turned out to be little more than a fraud.