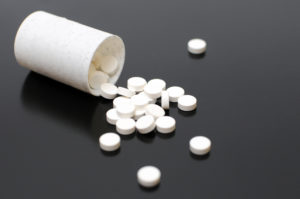 If you’ve been arrested for a drug crime in North Carolina, there are a wide number of charges that can be applied, including:

Because misdemeanor possession charges are covered extensively elsewhere in our blog, we are going to focus in felony charges in this article.

Felonies are more serious drug charges than misdemeanors, and are punishable in most cases by probation and possibly prison time. The prison time is determined by the severity of the charge as well as a person’s previous criminal record. If it’s a small amount of heroin and you have no criminal history, you may be eligible for probation. If it’s a large amount and you have previous convictions, especially for drug offenses, you may likely be looking at prison time.

Most North Carolina drug felonies are Class G, H, or I felonies on a scale of crimes that range from Class A to Class I. Drug Trafficking charges are as a higher level felony, as are methamphetamine manufacturing crimes, which can be punished as a Class C felony. As an overview:

At the very top of the drug laws pyramid are drug trafficking laws. These are the laws that address the large scale possession, sale and distribution of controlled substances. These controlled substances can be legal prescribed drugs as well as illegal drugs. These charges are based on weights, and North Carolina, the weight limits to qualify for drug trafficking charges are not very high at all. In North Carolina, drug trafficking laws impose a mandatory minimum jail sentence if you are convicted. So, if you are convicted of drug trafficking, you are going to prison. The only way to avoid a prison sentence in a drug trafficking crime is to provide substantial assistance, often known as snitching. If you provide substantial assistance, the judge has the flexibility to impose a lesser sentence, including possibly probation.

When considering substantial assistance, it is important to do this with the help of an experienced drug attorney. Assistance provided outside of a formal agreement does not necessarily translate into a reduced sentence, so you want to make sure you get credit for any assistance you offer.

If you or someone you know has been charged with a felony level drug crime, hire a Raleigh drug lawyer as soon as possible to take advantage of any opportunity to better the case and minimize the potential consequences.